Illegal streaming of TV and movie programming fueled by the sale of illicit streaming devices (ISDs) (such as fully loaded Kodi boxes) and websites that make available to the public software add-ons configured and marketed to facilitate receipt of pirate streams is a real problem in Canada. The most effective way of reducing this type of illegal streaming is by the use of website blocking, something the CRTC will have to consider in the FairPlay Canada website blocking application.

In the meantime, the less effective but still very important ground game against the distribution of ISDs and software add-ons continues. Last year an interlocutory injunction was issued by the Federal Court to enjoin the marketing and sale of ISDs in Bell Canada v. 1326030 Ontario Inc. (iTVBox.net), 2016 FC 612, aff’d 2017 FCA 55. Last week, the defendant Vincent Wesley was found to be in contempt of court for breaching the injunction in Bell Canada v. Vincent Wesley dba MtlFreeTV.com, 2018 FC 66.

Yesterday, the Federal Court of Appeal released its reasons in the Bell Canada v Adam Lackman dba TVADDONS.AG 2018 FCA 42 case. Lackman operated a website, TVADDONS.AG, that facilitated the illegal streaming of TV and movie programming by making available and promoting software add-ons specifically configured to work with Kodi boxes to enable them to receive such illegal copyright content. The main question in the appeal was whether an Anton Piller order that had been made against Lackman should be set aside. The Court held that the order had been properly made and executed.

The Court was unequivocal that a strong prima facie case against Lackman for infringement of the making available right had been made out. According to the Court:

Pursuant to paragraph 3(1)(f) and section 27 of the Copyright Act, the appellants, as creators and distributors of television programs, have the sole right to communicate these works to the public by telecommunication and to authorize such act. There is clearly a strong prima facie case that the respondent, by hosting and distributing infringing add-ons, is making the appellants’ programs and stations available to the public by telecommunication in a way that allows users to access them from a place and at a time of their choosing, thereby infringing paragraph 2.4(1.1) and section 27 of the Copyright Act.

The Court expressed the opinion that Lackman might also have been liable for infringement for inducing and authorizing copyright infringement.

The Judge also erred in failing to consider the appellants’ separate claim that the respondent induced and authorized acts of infringement by encouraging users to access infringing content when they would otherwise not have done so. While the threshold for authorizing copyright infringement is high (see CCH Canadian Ltd. v. Law Society of Upper Canada, 2004 SCC 13 at para. 38, [2004] 1 S.C.R. 339) and the appellants may not have been able to establish the necessary degree of control between the respondent and those who stream or upload copyrighted content onto the Internet, it ought to have been considered as a separate cause of action in determining whether the appellants have a strong prima facie case.

Lackman claimed he had a defense as an “innocent intermediary”, relying on the exception set out in paragraph 2.4(1)(b) of the Copyright Act according to which participants in a telecommunication who only provide “the means of telecommunication” are deemed not to be communicators. That defense was unequivocally rejected by the Court based on Lackman not meeting the legal requirements set out by the Supreme Court in the SOCAN v v. Canadian Assn. of Internet Providers, 2004 SCC 45 (CanLII) case.

Justice Binnie provided useful factors to be considered in determining whether one is serving the role of conduit (SOCAN at para. 101):

I conclude that the Copyright Act, as a matter of legislative policy established by Parliament, does not impose liability for infringement on intermediaries who supply software and hardware to facilitate use of the Internet. The attributes of such a “conduit”, as found by the Board, include a lack of actual knowledge of the infringing contents, and the impracticality (both technical and economic) of monitoring the vast amount of material moving through the Internet, which is prodigious…

Interestingly, the Supreme Court also noted that this protection could be lost. For instance, providing content or creating embedded links which automatically precipitate to copyrighted content from another source could attract liability (SOCAN at para. 102)…

With all due respect, when all the evidence on the record is properly considered, the respondent’s website cannot be regarded as a mere neutral conduit for information provided by others.

First of all, as previously explained, the add-ons contained on the TVAddons website cannot be assimilated to mini Google. Even assuming that a search engine like Google is indeed shielded from liability under paragraph 2.4(1)(b) of the Copyright Act (an issue that need not be decided in the present case), the respondent’s website is not content neutral as it targets copyrighted content. In one of the guides found on the TVAddons website providing information as to how to access and use add-ons, attention is drawn to the most popular KODI add-ons, all of which are infringing add-ons designed to provide unauthorized access to motion pictures and on-demand and/or live television programming…

In light of that compelling evidence, one cannot conceive of TVAddons as being a mere conduit that does not engage in acts that relate to the content of the communication. The respondent’s website is clearly designed to facilitate access to infringing material and indeed claims to be the original source for the best unofficial KODI add-ons.. It is quite telling that “since 2012, the official KODI community has refused to provide access to, or technical support for, Infringing Add-ons that are deemed to be intended solely to view pirated content”…

It is also important to recall that the purpose of paragraph 2.4(1)(b) is to protect innocent disseminators. Again, I fail to understand how the respondent can cloak himself in the shroud of an innocent disseminator, when his website clearly targets those who want to circumvent the legal means of watching television programs and the related costs. By using the infringing add-ons that are promoted as being “the best”, “most popular” and “all free”…users can stream various types of television content from streaming sites immediately and for free. I do not think that Parliament envisioned this type of activity when paragraph 2.4(1)(b) was enacted.

Nor can the respondent claim that he had no knowledge of the infringing content of the add-ons hosted on his website. The description of the infringing add-ons explicitly states that they are developed and/or supported by TVAddons. The respondent cannot credibly assert that his participation is content neutral and that he was not negligent in failing to investigate, since at a minimum he selects and organizes the add-ons that find their way onto his website.

The Court also cited approvingly from the opinion of the motions court judge in the iTVBox.net case on her finding that the sale of ISDs infringed the making available right and that the seller of these devices also cannot rely on the innocent intermediary exception in the Act.

I further agree with the appellants that the respondent’s website bears many similarities with the pre-loaded set-top boxes that were the subject of an interlocutory injunction in Bell Canada v. 1326030 Ontario Inc. (iTVBox.net), 2016 FC 612, 271 A.C.W.S. (3d) 831, aff’d 2017 FCA 55, 278 A.C.W.S. (3d) 385 (Bell Canada). The pre-loaded set-top boxes at issue in those decisions are devices that can be connected to any standard television set in order to provide additional functionalities to that television, including free and user-friendly access to content for which the appellants own the copyright. At paragraph 8 of her reasons, Justice Tremblay-Lamer identifies three types of pre-installed applications that can be found on the pre-loaded set-top boxes, all of which could be used to access copyrighted content. One of those was KODI, which she describes as enabling access to online streaming websites with the proper add-ons. The TVAddons website was later identified as the source of the infringing add-ons pre-loaded on these set-top boxes…

One of the defendants in that case also tried to raise the paragraph 2.4(1)(b) exception to infringement, arguing that his devices were merely a conduit for communications. The Federal Court judge (upheld by this Court) dismissed that argument in no uncertain terms at paragraph 22 of Bell Canada:

The devices marketed, sold and programmed by the Defendants enable consumers to obtain unauthorized access to content for which the Plaintiffs own the copyright. This is not a case where the Defendants merely serve as the conduit, as was argued by Mr. Wesley. Rather, they deliberately encourage consumers and potential clients to circumvent authorized ways of accessing content – say, by a cable subscription or by streaming content from the Plaintiffs’ websites – both in the manner in which they promote their business, and by offering tutorials in how to add and use applications which rely on illegally obtained content. The statutory defence provided in paragraph 2.4(1)(b) of the Copyright Act does not apply to the Defendants who go above and beyond selling a simple “means of telecommunication”. They also engage in acts related to the content of the infringed communications (Society of Composers, Authors and Music Publishers of Canada v Canadian Assn of Internet Providers, 2004 SCC 45 at para 92). Consumers can consequently stream or download the Plaintiffs’ programs and store them on their device without authorization from the Plaintiffs. This constitutes prima facie copyright infringement pursuant to section 27 of the Copyright Act.

The service offered by the respondent through the TVAddons website is no different from the service offered through the set-top boxes. The means through which access is provided to infringing content is different (one relied on hardware while the other relied on a website), but they both provided unauthorized access to copyrighted material without authorization of the copyright owners. There is no principled reason to distinguish one from the other, as neither one of these services can be credibly considered to be a mere neutral conduit.

The fight against the sale of ISDs and add-ons to inhibit online streaming piracy is being waged in other countries as well. Last month, for example, Movie studies and Netflix obtained a preliminary injunction order against TickBox. The court in Universal City Studios Productions LLLP v TickBox TV LLC (C.D.Cal. Jan 30, 2018) concluded that the plaintiffs would suffer irreparable harm without the injunction. 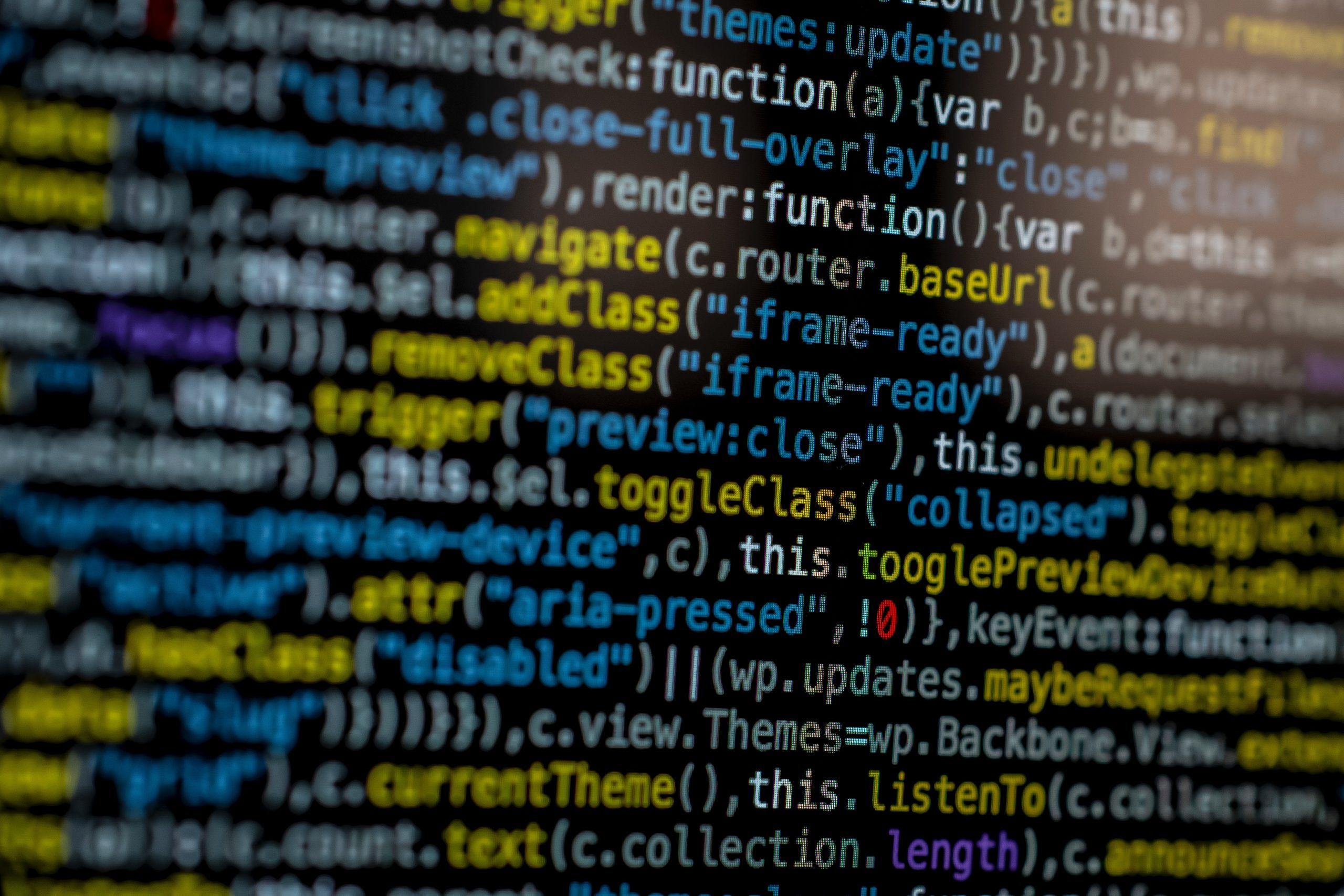 House Leader Peter Van Loan said Monday that the Government’s agenda includes passage of Bill C-11 by the end of April. The plan is that the bill to modernize the Copyright Act “must pass” by ...

I just came across a paper published by the US based Copyright Alliance entitled Critiquing Copyright Canards. Written by Patrick Ross, the paper sets out to debunk some of the arguments or “canards” that are ...