God of War and the idea expression dichotomy in copyright law

It is often argued by anti-copyright advocates that copyright is a monopoly that operates so stringently that it stifles creativity and leaves no room for others to create similar or competing works. This argument often overlooks the idea expression dichotomy principle in copyright law. This principle is applied, albeit with variations, throughout the world to regulate the balance between legitimate expression that cannot be copied without consent, unless an explicit exception applies, and ideas and concepts that can be freely re-used by anyone without consent, payment, or restrictions.

A recent example of the application of the idea expression dichotomy is the opinion of US District Court Judge Patel in the  God of War case, Sony Computer Entertainment America , Inc v Jaffe, 2010 WL 816651 (N.D.Cal, 2010).  The case involved allegations by Jonathan Bissoon-Dath and Jennifer B. Dath that Sony and its former employee David Jaffe infringed the plaintiffs’ original copyrighted works to develop the popular God of War video game.

Sony moved for summary judgement contending that any similarities between elements of the works of the plaintiffs and the God of War were not protectable under copyright law. Sony’s motion was successful. In rendering her decision Judge Patel, a very experienced District Court judge, summarized the idea-expression dichotomy as follows:

“Because only those elements of a work that are protectable and used without the author’s permission can be compared when it comes to the ultimate question of illicit copying, [the court] use[s] analytic dissection to determine the scope of copyright protection before works are considered ‘as a whole.’” Apple Computer, 35 F.3d at 1443. Copyright law protects a writer’s expression of ideas, but not the ideas themselves. Kouf, 16 F.3d at 1045. “General plot ideas are not protected by copyright law; they remain forever the common property of artistic mankind.” Berkic v. Crichton, 761 F.2d 1289, 1293 (9th Cir. 1985). Nor does copyright law protect “scenes a faire,” scenes that flow naturally from unprotectable basic plot premises. Id.; See v. Durang, 711 F.2d 141, 143 (9th Cir. 1983). “[P]rotectable expression includes the specific details of an author’s rendering of ideas, or ‘the actual concrete elements that make up the total sequence of events and the relationships between the major characters.’” Metcalf v. Bochco, 294 F.3d 1069, 1074 (9th Cir. 2002) (quoting Berkic, 761 F.2d at 1293). “However, the presence of so many generic similarities and the common patterns in which they arise [can help to] satisfy the extrinsic test. The particular sequence in which an author strings a significant number of unprotectable elements can itself be a protectable element.”

The court concluded after a long analysis of the facts that no reasonable juror could find substantial similarity of  expression, even if access to all of plaintiffs’ works were proven. According to the court:

“An examination of articulable similarities between the plot, themes, dialogue, mood, settings, pace, characters and sequence of events of God of War and plaintiffs’ works reveals far less similarity than would be required to overcome summary judgment, even if plaintiffs had proven access. Plaintiffs have pointed to no persuasive similarity in dialogue or narration that would suggest actual copying. As in Berkic v. Crichton, 761 F.2d at 293, there is some degree of similarity between the plots at an extremely generalized level. Yet, as that court admonished, “No one can own the basic idea for a story. General plot ideas are not protected by copyright law; they remain forever the common property of artistic mankind.” Id. This is particularly true when virtually all of the elements comprising plaintiffs’ works are stock elements that have been used in literary and artistic works for years, if not millennia. As noted, the particular sequence in which an author strings a significant number of unprotectable elements can itself be a protectable element. Metcalf 294 F.3d at 1074. Here, the sequences of elements, and the relationships between them, are entirely dissimilar. No reasonable trier of fact could conclude that God of War is substantially similar to any of plaintiffs’ works.”

The Sony case is just one of many cases around the world where judges have been careful to guard the balance between the freedom to copy ideas and concepts and the restrictions that copyright imposes on copying of expression in copyright materials. A good Canadian example is Delrina Corp. v. Triolet Systems Inc., 2002 CanLII 11389 (ON C.A.). Another good one is the UK case, Baigent & Anor v The Random House Group Ltd [2007] EWCA Civ 247 (28 March 2007).

Separating ideas and expression can often be a difficult task, but it is a fundamentally important one. Courts are sometimes challenged in delineating the bounderies as the recent Quebec case, Robinson c. Films Cinar inc., 2009 QCCS 3793 (CanLII) illustrates. However, the idea/expression dichotomy plays a critical role that should not be lost when assessing copyrights’ framework role in mediating between the freedom to copy and to compete in the marketplace of ideas and the protection that copyright confers on creative labours (or as we say in Canada, on works created with sufficient “skill and judgement” to make them original). 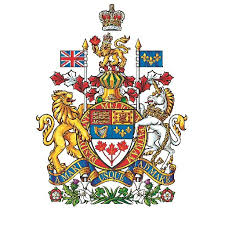 It’s the fall. After a long hot summer, you may be ready to attend a conference, roundtable, or panel discussion to learn about important developments or issues in IT/IP law. Here are few I am ...

More and more, graduated response systems are being debated and put forward as legitimate solutions to online file sharing. In a recent article, “Graduated Response and the Turn to Private Ordering in Online Copyright Enforcement“, ...