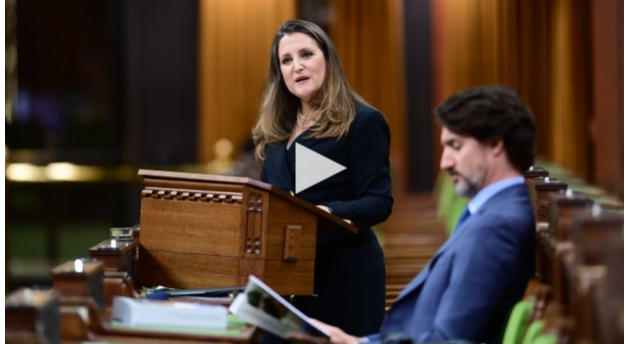 Federal Budget 2021 released earlier today has a few notable proposed expenditures in the areas of data and intellectual property.

The rationale for new role for the Data Commissioner was explained as follows:

A well-functioning online marketplace and thriving data-driven technology sector benefit all Canadians by ensuring a proper balance with privacy protections and other social considerations. There can be biases in the data used by artificial intelligence systems that inform real life decisions that affect people’s lives, particularly historically disadvantaged demographic groups. For example, an algorithm used by U.S. hospitals to predict which patients would likely need extra care heavily favoured white patients over Black patients, despite race not being a variable. Healthcare cost history was, however, used in assessing a person’s healthcare needs, but it happened to correlate with race. Collecting bias-free data will help prevent historical harms from being propagated in automated decisions. Efforts by the Data Commissioner to promote positive uses and outcomes associated with data, while identifying and mitigating harmful and negative consequences, are expected to particularly benefit historically disadvantaged groups.

There is no other information in the budget about the role of the new data commissioner or whether his/her role would overlap with the Office of the Privacy Commissioner.

Budget 2021 also has some expenditures designed to support small business investments in R&D that produce intellectual property. The budget proposes to allow immediate expensing of up to $1.5 million of eligible investments by Canadian-controlled private to cover over 60 per cent of capital investments typically made by Canadian-controlled private corporations. This includes investments to help “incentivize businesses to transition to a more productive, knowledge-intensive economy and will include digital assets and intellectual property”. The budget also proposes to improve the Canada Small Business Financing Program to include expanding loan class eligibility to include lending against intellectual property and start-up assets and expenses.

The budget also announced “a Strategic Intellectual Property Program Review that will be launched. It is intended as a broad assessment of intellectual property provisions in Canada’s innovation and science programming, from basic research to near-commercial projects. This work will make sure Canada and Canadians fully benefit from innovations and intellectual property.”

The entire budget document which is over 700 pages does not mention copyright once.

The RCMP just published a report surveying the problems posed by counterfeiting and piracy in Canada. Some of the important findings of the report A National Intellectual Property Crime Threat Assessment, 2005 to 2008 are ...

Here are the slides used in my presentation to the Toronto Computer Lawyers Group earlier today,  The Year in Review: Developments in Computer, Internet and E-Commerce Law (2009-2010). It covers significant developements since my talk last spring. ...

In a blog post yesterday, How IP Enforcement Can Be Used To Suppress Dissent, Prof. Geist argues that “tougher enforcement measures” of IP laws are connected with civil rights abuses by governments to quell political dissent. He ...